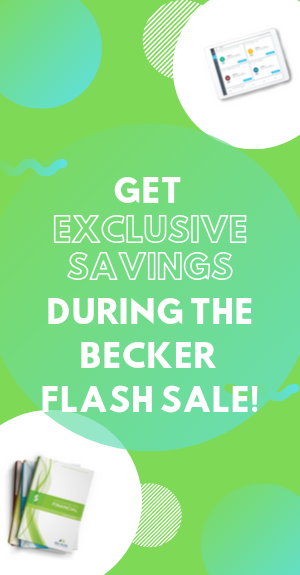 Is the CPA Exam or the Bar Exam More Difficult?

If you’re comparing the difficulty level of these two tests, you may be wondering, “Is the Bar or CPA Exam harder?” Both accountants and attorneys must prove their knowledge and skill by passing an exam. For those who want to be certified accountants, this test is the CPA Exam. For aspiring attorneys, the final assessment is the Bar Exam. But which of these two exams is more difficult? I’m going to break down the information, including CPA Exam pass rates, so you can make an accurate determination.

What is the CPA Exam?

In the United States, as in many countries, the CPA Exam is the test that determines whether an accountant will be licensed as a Certified Public Accountant (CPA). The National Association of State Boards of Accountancy (NASBA) states that the framers of the CPA Exam design it “to assess the knowledge and skills entry-level CPAs need to practice public accountancy.”

Although there is no formal education requirement to become an accountant, to become a licensed CPA, a candidate must have a bachelor’s degree. Some, but not all, states require this degree to be in accounting. Also, state boards also have CPA work experience requirements, which usually amount to 1 to 2 years in public accounting or related positions.

Finally, any accountant who wants to be licensed in the United States, Puerto Rico, Guam, the Mariana Islands, or the Virgin Islands must pass the CPA Exam. Students take the exam in Prometric testing centers in four parts over the course of 16 hours.

The AICPA (Association of International Certified Public Accountants) writes the test and has divided it into four sections: Auditing and Attestation (AUD), Business Environment and Concepts (BEC), Financial Accounting and Reporting (FAR), and Regulation (REG).

When students set out to take the CPA Exam, they naturally want to know what to expect. In short, aspiring accountants should prepare for a substantial undertaking.

Throughout the 4 CPA Exam sections, students will encounter:

Multiple-choice questions appear in all four sections and test CPA candidates on a wide range of accounting concepts. Also, in each section, test-takers respond to task-based simulations such as completing a tax form, preparing financial statements, or creating journal entries.

Written communication questions (that is, essays) only appear in the BEC section. While completing this section, test-takers must write business memos on topics like business ethics, the execution of accounting concepts (e.g., depreciation), and more. These written communications test on a variety of topics, not only those covered in the BEC section.

Perhaps surprisingly, CPA candidates usually consider BEC the easiest of the four sections. Conversely, CPA pass rates indicate that the FAR section is the most difficult.

How is the CPA Exam Administered and Scored?

The AICPA both administers and scores the test. In each section, test-takers will receive a score on a scale from 0 to 99. Aspiring CPAs must earn at least 75 points to pass each section.

In contrast, the AICPA assigns the BEC section’s weight and scoring as follows:

Finally, if you do not pass a section on your first attempt, you must wait until your CPA scores have been officially released to try again. Fortunately, scheduling of the CPA Exam is now continuous throughout the year, allowing for quicker retakes.

Now that we’ve looked at an overview of the CPA Exam, we’ll review information about the Bar Exam.

What is the Bar Exam?

Just as professional accountants must take an exam to become CPAs, attorneys also need to pass an exam to be licensed to practice law. The Bar Exam, according to the American Bar Association (ABA), is an exam that individual states design and administer. In some areas, a particular state’s bar association may offer the exam. In other states, the highest state court in the jurisdiction may be in charge of Bar Exam administration.

To become a licensed attorney, applicants must first take and pass the LSAT to gain entrance into an accredited law school. After graduating, students must receive a passing score on the Bar Exam.

In recent years, in addition to individual state exams, the National Conference of Bar Examiners (NCBE) has created the Uniform Bar Exam (UBE). The NCBE has standardized the Bar Exam by creating a portable, multistate test. Consequently, those who pass the UBE can practice in 35 different states plus the District of Columbia and the US Virgin Islands.

However, the UBE does not cover all states or US territories. Thus, in jurisdictions that do not accept the UBE, aspiring attorneys must take the specific exam for the jurisdiction in which they hope to practice.

Different states’ and territories’ Bar Exams vary. Since the UBE is the most common exam, however, we’ll focus on this version. There are three sections on this exam, and different weights are assigned to each:

The sum of your points earned from all three portions adds up to your final score.

Similarly, the essay portion (the MEE, or Multistate Essay Examination) tests applicants’ abilities to effectively communicate through writing. Test-takers must differentiate between relevant and non-relevant information and provide a reasoned analysis of this information. The essays address seven different topics, including business associations, conflict of laws, family law, secured transactions, and trusts and estates.

The final portion, the Multistate Performance Test (or MPT), provides real-life situations in which applicants must demonstrate their lawyering skills. The goal of this section is to show that candidates are capable of putting basic knowledge of the law into practice.

How is the Bar Exam Administered and Scored?

The NCBE offers the MEE on the Tuesday preceding the Bar Examination in February and July. In other words, that’s the Tuesday before the last Wednesday in those months. As for timing, the MEE portion of the UBE consists of six 30-minute questions. The MPT test is offered on the same two days as the MEE and consists of two 90-minute exams. Usually, candidates take the UBE over two days: the MEE and MPT on Tuesday and the MBE on Wednesday.

In very rare and special circumstances – for example, with the recent business closures due to the COVID-19 pandemic – additional testing dates may be offered. Furthermore, in response to COVID-19, the NCBE will also offer the MEE/MPT on September 9 and September 30. It is up to each individual jurisdiction to determine on which of those two dates to offer the MEE/MPT.

Each state or jurisdiction scores its exams in its own state. Additionally, each state then has the right to decide what a passing score is for its jurisdiction. The score needed to become a licensed attorney in each state, therefore, will be different. The passing score will even vary even if the state accepts the Uniform Bar Exam.

The CPA Exam Vs. the Bar Exam

So, is the CPA Exam or Bar Exam harder? The basic format (multiple-choice questions, essays, and thinking through complex problems) is the same for both tests. However, the tests themselves are very different in a number of ways.

One essential difference between the CPA Exam and the Bar Exam is that the CPA is uniform in all 55 jurisdictions. Additionally, the score needed to pass is the same for every candidate in every state. Conversely, for Bar Exam candidates sitting in states that do not honor the UBE, test-takers will have very different tests. Thus, pass rates could be wildly different. Arguably, this makes the Bar Exam the more difficult test.

There are, however, some elements of the CPA Exam that do make it a harder test. For example, the Bar Exam offers testing on very specific days. In contrast, the rolling 18-month window, waiting period for re-takes, and planning across many dates can make taking the CPA Exam more difficult and require candidates to jump through a lot of hoops. It can take candidates many years to pass all four sections of the CPA Exam.

The actual content of the CPA Exam and Bar Exam is obviously very different, as they require knowledge from different fields. However, the overall goals of each exam are somewhat similar. The AICPA has modified the CPA Exam to test candidates on the application of learned material, so rote memorization won’t be helpful. Similarly, the Bar Exam requires candidates to form conclusions and apply knowledge rather than repeat the text of laws.

Overall, the CPA Exam requires candidates to endure studying, testing, and possible re-takes over a much more extended period than the Bar Exam does. And due to the drawn-out nature of the CPA Exam, it stands to reason that pass rates aren’t going to be exceptionally high.

When it comes down to it, how many candidates pass the CPA Exam vs. the Bar Exam? Historically, the CPA Exam has about a 50% pass rate. In other words, only half the candidates who take the CPA Exam at any given time pass. That’s pretty tough.

The Bar Exam, for its part, is harder to gauge, since there is more than one exam, and some are harder than others. The California Bar Exam, for example, is notoriously hard, and California does not accept the UBE. Concluding a general Bar Exam pass rate is even difficult using the UBE as a yardstick. Each state has a different required score to pass.

However, unlike CPA Exam candidates, students taking the Bar Exam have had exposure to standardized, computer-based testing before. While the LSAT doesn’t cover the same material as the Bar Exam, it does serve as an introduction to the challenges that difficult computerized tests present. Because CPA Exam candidates may not have experienced a standardized test that comes close to the magnitude of the CPA Exam, candidates taking it may have more difficulty passing.

Is the Bar or CPA Exam Harder?

Overall, however, the passing rates for the UBE average between 50% and 60%, a little higher than the CPA Exam. So, more Bar Exam candidates pass the Uniform Bar Exam vs. the CPA Exam. Therefore, I conclude that based on pass rates and the length of testing time required, the CPA Exam is harder than the Bar Exam, depending on where you take your Bar Exam.